Loch Lomond Sailing Club (located north west of Drymen) is one of Scotland’s foremost sailing clubs, with an extensive racing and cruising programme using both the open waters of the east side of the loch near Milarrochy Bay, and for longer races the wider loch with its stunning scenery. With Ben Lomond to the north and Conic Hill to the east, much of our sailing takes place in and around the loch’s many islands, which allows our members to take in the beautiful views.

Sailing on Loch Lomond gives the experience of sailing on the largest fresh water loch in the UK and it can be just as much fun as the sea but without the tides. From Easter to October we have a packed programme on both Saturdays and Sundays, with class racing in Flying Fifteens and handicap racing in various dinghy and keelboat fleets – there really is something for everyone. 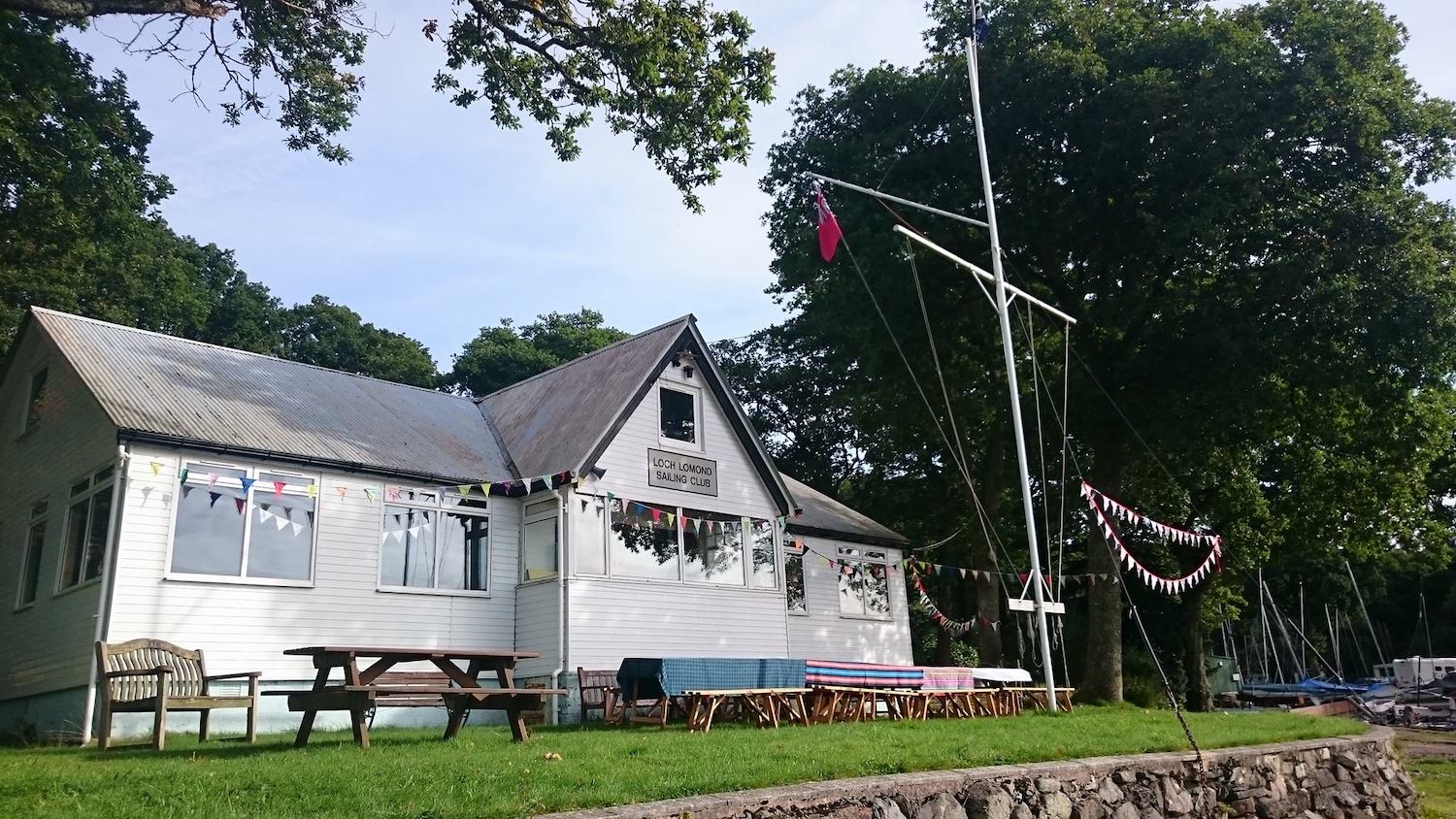 We are a club with a friendly, family atmosphere, and after the sailing is done for the day you can warm yourself around the log fire with a drink in hand. Perhaps you'd like to join in on one of the regular BBQs on the beach, and we have a number of club social events at various times throughout the year including a week of family fun during the summer holidays. New members are always welcomed as are visitors, whether you are interested in learning to sail or looking for a new club with great racing, come along and see what we have to offer.

Origins on the Gare Loch

In 1873 a group of enthusiasts of the newly popular sailing canoes formed the Clyde Canoe Club and built a club house on the shore of the Gare Loch at Rosneath. Activity centered on adventurous cruising, although any cruising was adventurous in such tiny craft. Visits to neighbouring lochs were favourite weekend jaunts and The Lomond Round otherwise known as the “three lochs cruise” was a popular trip.

Starting from Rosneath, the voyage rounded the point into Loch Long and followed it to its head at Arrocher. Here, a local cart and horse, or 'carter' was engaged to haul the vessel overland to Tarbert on Loch Lomond. The homeward route zig-zagged through the islands of Loch Lomond as far as Balloch, followed the river Leven to its confluence with the Clyde and finished with a brisk passage down the Clyde back to Rosneath. 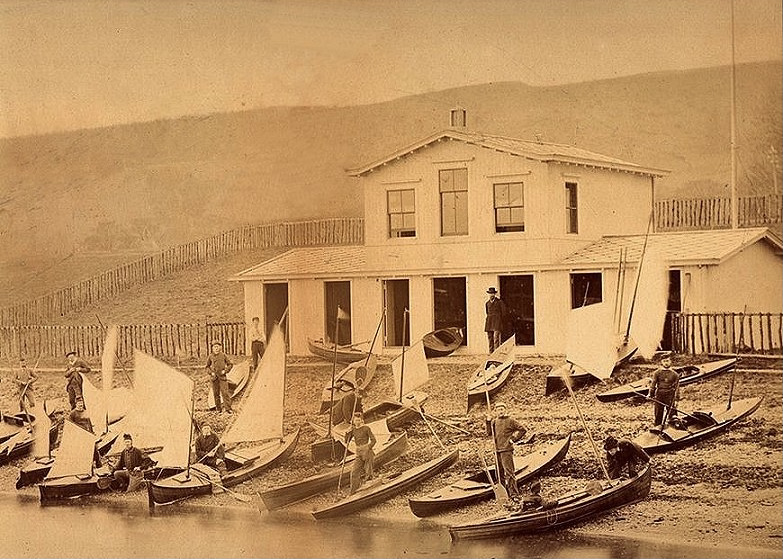 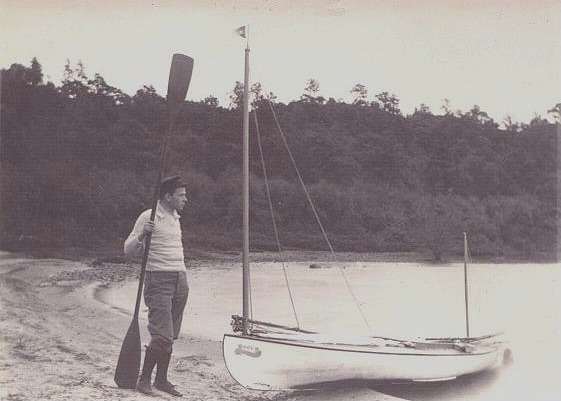 The move to Loch Lomond

In 1898 following a short period when the club fell into abeyance, an influx of new members reinvigorated the club. An elegant new clubhouse was built near the steamer pier at Balloch. Loch cruising and camping trips were still the most popular pastimes, but occasional races were also now being held.

During the early years of the 20th century the club introduced more formal design regulations for canoes,including compulsory buoyancy in 1909. Members continued to make adventurous canoe cruises but increasing age made some think of more stable vessels, and in 1925 the first “canoe yawl” was introduced. Although relatively small at 25ft overall they had two berths and, by virtue of their shape and light construction, were fast by the standards of the day. 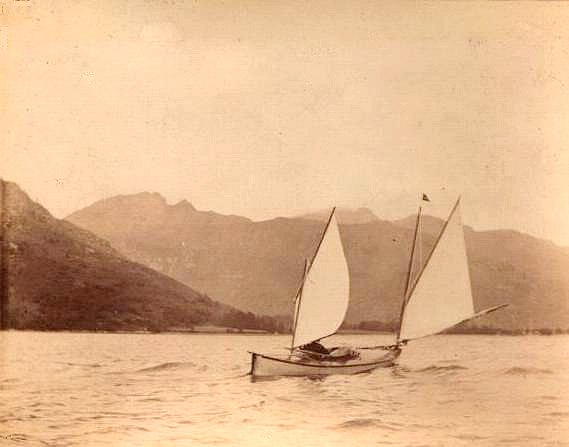 Adventurous cruising on The Lomond Round 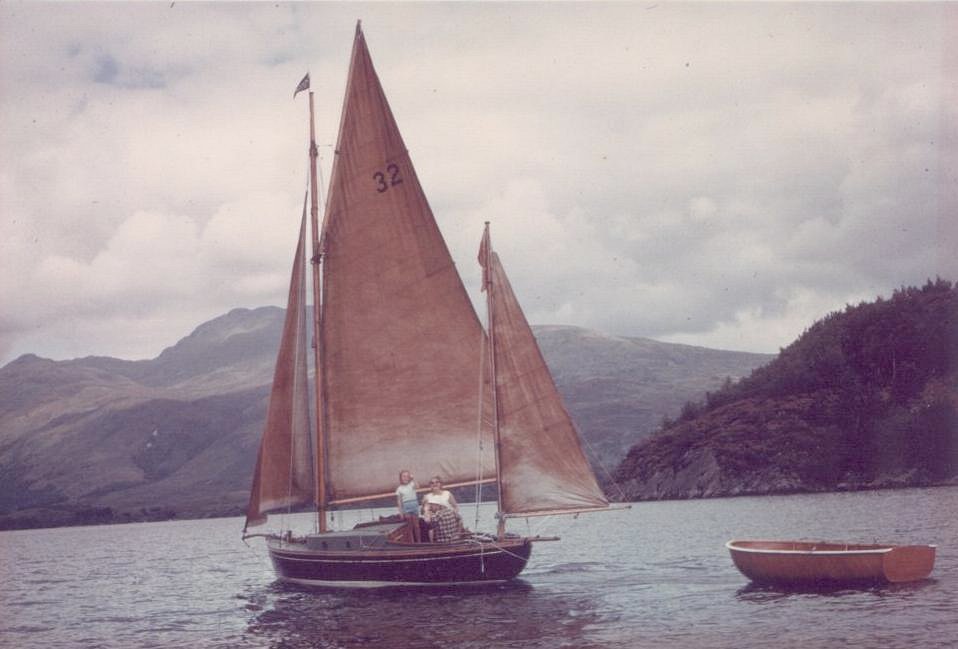 By the 1950’s the club had moved to its current location at Blair near Cashel, on the eastern shore of the Loch and racing had become the main activity. The new lightweight dinghies becoming available as a result of wartime advances in sail-cloth and wood technology provided exciting sailing. In 1999 the Clyde Canoe Club membership voted to change it's name to Loch Lomond Sailing Club to better represent the new location.

Although the club maintains a close affinity with sailing canoes, both old and new, over the years the fleet has come to resemble that of most modern clubs with a diverse mixture of cruising dinghies, catamarans and performance racing dinghies as well as keelboats of various sizes. This includes a number of modern 'International Canoes' which race regularly 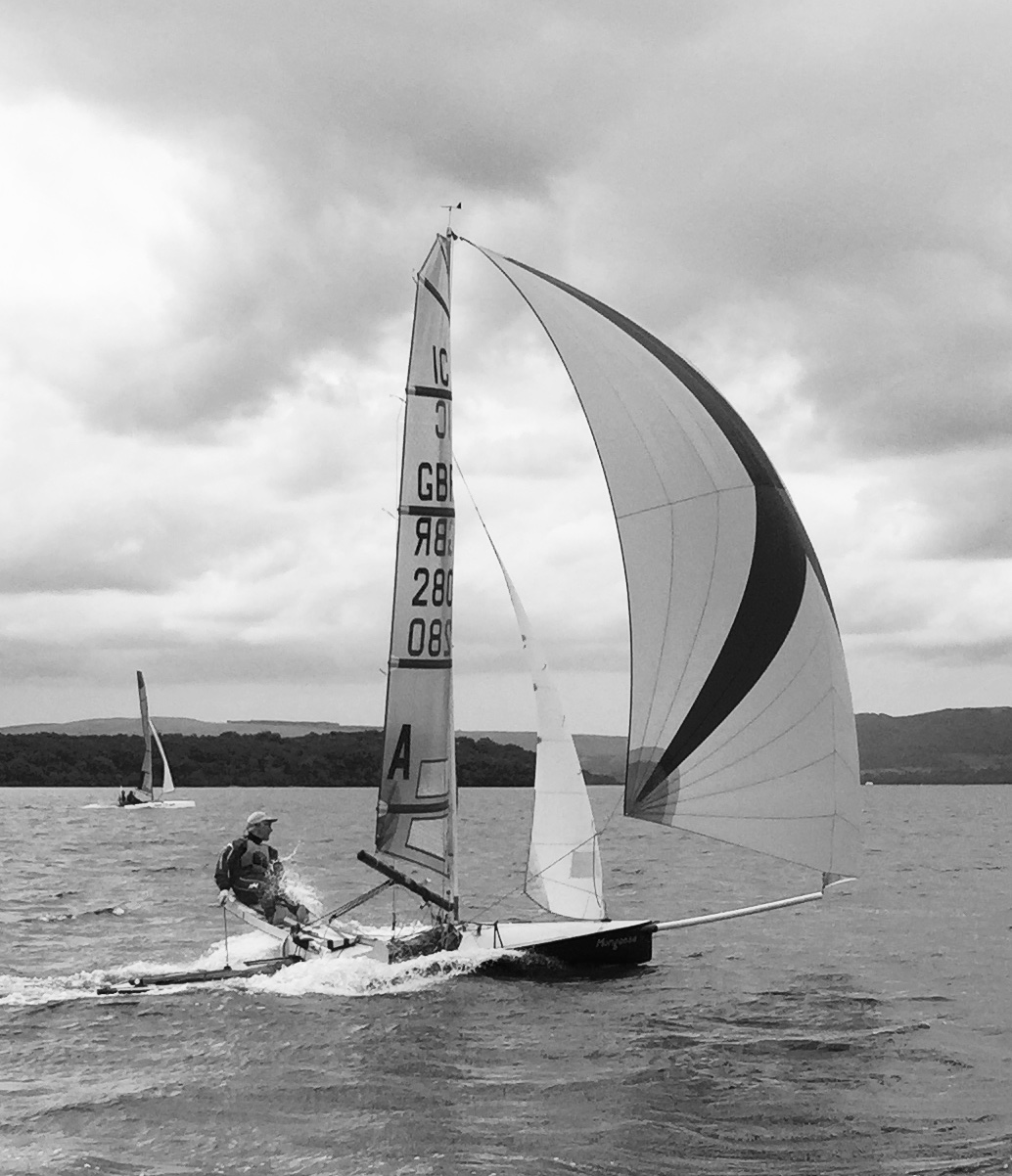 For a more detailed look at the Loch Lomond Sailing Club history, there is a three part publication available on the Vale of Leven website.