The three main fleets which raise at Loch Lomond Sailing Club (LLSC) are Keelboats, Flying Fifteens and Dinghies. Over the years the makeup of the fleets have varied as different classes fall in and out of fashion, but the priority is always to get boats on the water, so we vary the racing to suit what is most popular at the time. Boat types at LLSC are expected to have a designated Portsmouth Number or suitable equivalent to enable closer handicap racing and allows for easier race management around our magnificent waters and islands. 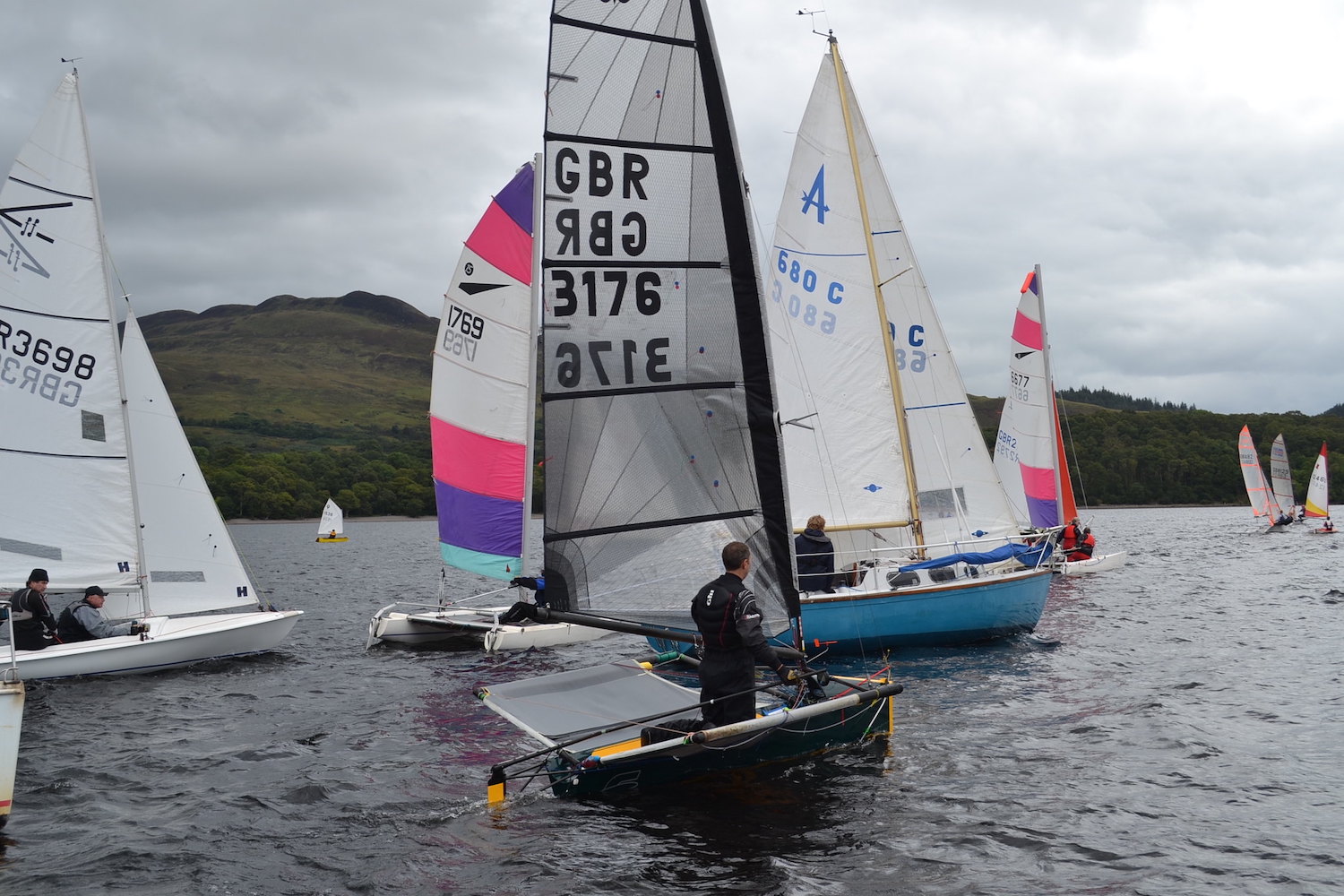 Sailing facilities at LLSC include an all year round dinghy and keelboat park, moorings for the season and a large slipway for launch and retrieval of boats, including equipment for the launch of keelboats. Please note that boat space is allocated to member who regularly participate in our activities and there may be a waiting list.

The dinghy fleet has at times been split into one or more sub division of fast, medium and slow handicap. As the popularity of the faster boats such as performance catamarans and foiling boats has increased, this split has lost its importance and we now tend to favour less subdivision to keep the fleet sizes larger. This is further supported by the use of average laps racing where appropriate.

LLSC is a popular destination for many class traveller events and national championships, which are often run in parallel with our Dinghy Open Weekend in September or as required throughout the year. Our heritage with Sailing Canoes (check out the club history on the About page) has made us a popular venue for International Canoes and we've previously hosted the Europa Cup.

Below is a selection of some of the classes which are currently racing at the club. 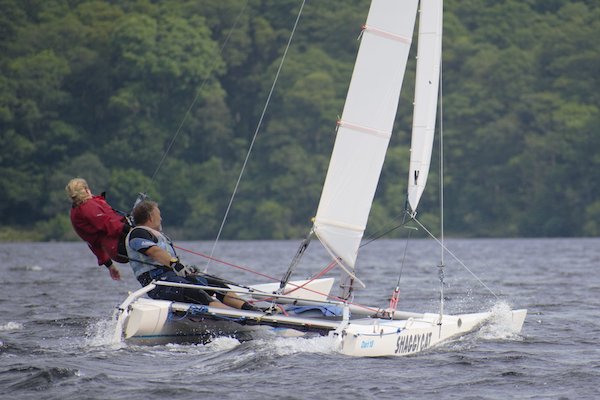 Loch Lomond Sailing Club has always had a close affinity with the Flying Fifteen class with eight or nine racing regularly in recent seasons. We often see many more travelling to our Keelboat Open Weekend in October, and have hosted a number of traveller and national events over the years. Flying Fifteen's are a favourable boat choice on Loch Lomond due to their performance in both the points and island styles of racing that LLSC provides. They are also notoriously good boats for handicap racing, and in our pursuit races they are hard to beat. 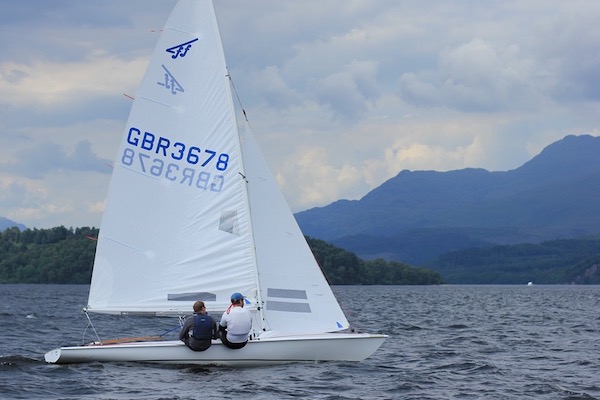 With around forty permanent moorings, there is a substantial keelboat fleet. Historically the largest class has always been the Achilles with a number of variations on the Hunter design also popular. In recent years the GK24 class has grown as has the Sonata class, but most recently we have seen in surge in Hawk 20 day boats. From only one Hawk a few years ago, we now have six which race regularly and the lifting keel makes them ideal to explore the islands with family and friends.

Keelboats tend to prefer the passage style racing around the islands and taking advantage of some of our permanent marks laid out within the immediate bay in front of the club. These races tend to last about two hours and cover a number of miles. We also have some longer passage races which are popular, such as the Head of the Loch race to Ardlui at the loch's most northerly point on a Saturday, dinner and an overnight stay and a race back on the Sunday. 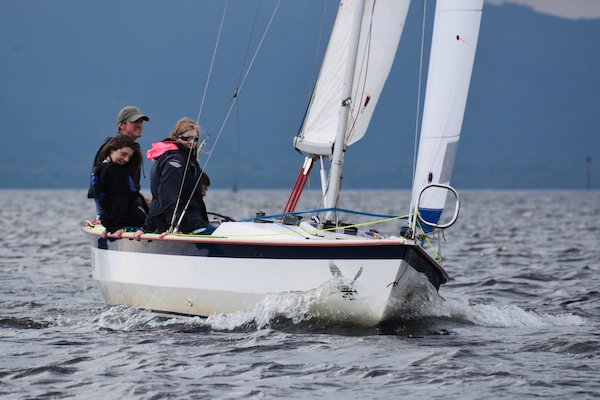 Family sailing in a Hawk 20